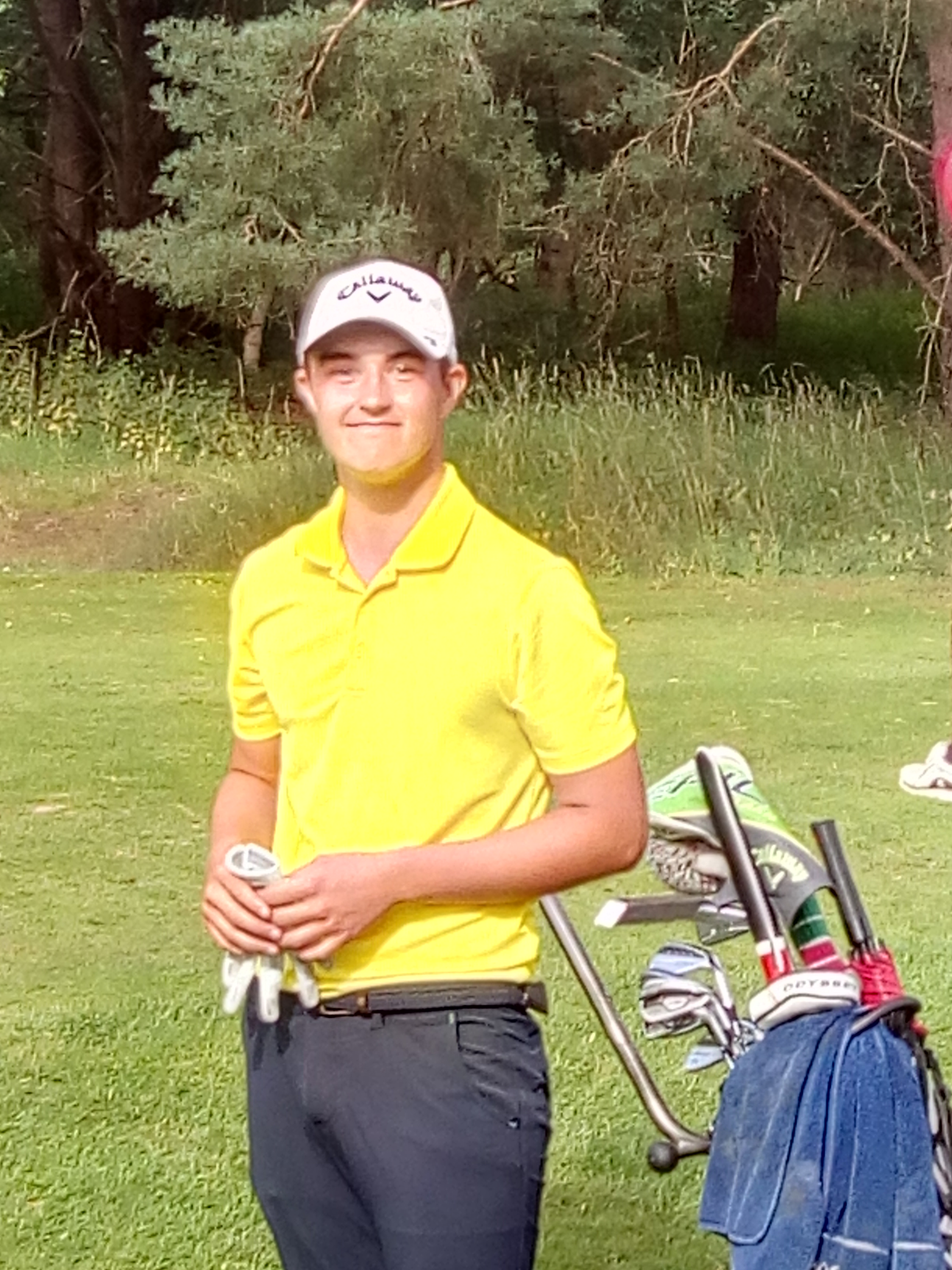 Many congratulations to Ben Willis. Ben is a 16-year-old who joined us in February and who yesterday swept aside the challenge of the cream of Norfolk amateur golfers to win the NCGU Amateur Championship at Thetford by six strokes. Ben returned two rounds of three-under-par 69 and his total of 138 was the only sub-par total in the field. "It was one of the tournaments I really wanted to win," he said afterwards. He made a very solid start with a first-round card that included birdies at the 6th, 7th and 10th alongside 15 pars. In the afternoon he had three bogeys - but offset them with six birdies. His dropped shots were at the 16th, 7th and 11th, but he hit back with birdies at 17, 3, 4, 5, 10 and 12. It was impressive that twice he immediately followed a dropped shot with a birdie. At the 12th, for example, his approach hung over the flag, bounced once and then drew back to within a foot of the hole. The 13th was his final hole and he played sensibly and securely with a drive, approach to within 30 yards, safely on to the heart of the green and two putts to win the title.

Ben had an entourage of supporters - his dad and his grandparents leading the way - who were delighted by his performance and were perhaps more excited than Ben, who remained as cool as a cucumber throughout.

Ben is clearly a very capable golfer with huge potential - and a very steady head on his shoulders. He won the Hertfordshire Junior Stag tournament at Moor Park last week, with a one-under-par total over 36 holes, and has a busy programme ahead. He will bid to complete a hat-trick of wins in the Norfolk Boys Under-18 Championship at Ryston Park and then goes to Broadstone GC near Bournemouth for the Carris Trophy - the English Boys Championship - from August 25 to 27.

So well done Ben - and good luck for the rest of this month and for your career in golf.

We have a comparatively quiet week ahead with the Ladies' EG Medal tomorrow (tee times 8.40 to 11.10) and a Midweek Medal on Wednesday (tee time 9 until 10 but you can also enter outside those times by checking in at the pro shop). On Saturday there is the ladies Margaret Lingwood Trophy (11 until 11.30) and the Pro Shop Shoot-out for our lowest handicappers from 2pm onwards. This involves all 11 players starting at the 1st with one player dropping out at each hole until there is only one left.

On Sunday the Breckland Cup is a greensomes Stableford and there are tee times from 7.30 until 11.10.

So enjoy your golf, maybe practice a little and take a lesson - and one day you might have a day like Ben did yesterday!

Hollow coring renovation work has begun on the fairways this week. The 9th is being worked on today by various machines, please be patient whilst playing this hole.