Ross is Champion of Champions

Ross Sanford won the final trophy of the golfing year with a sparkling round of 74-5-69 in the Bill Jennings Trophy on Sunday.

This is the annual champion of champions event which brings together the winners of various trophy competitions held over the year.

Ross, who had won the Cock Pheasant Trophy to be crowned as the club's matchplay champion, had birdies at the 2nd and 5th holes and bogies at the 3rd and 9th as he completed the first nine holes in level par. His back nine contained seven pars and dropped shots at the two par-5s, the 10th and the 17th, for his winning score.

A total of 112 ladies took part in the Ladies' October AmAm and, considering the weather conditions earlier in the week, they were blessed with sunshine and breeze throughout the day.   As usual the ladies enjoyed the course, which was much softer underfoot due to all the rain there had been, as well as the refreshments provided at the Halfway House - again something that always goes down well.  Despite these different conditions there were some good scores with Bury St Edmunds taking 4th place with 82pts, Halesworth finishing 3rd with 83 on countback from Stowmarket and the winning team, with 86 pts, were Felixstowe Ferry. 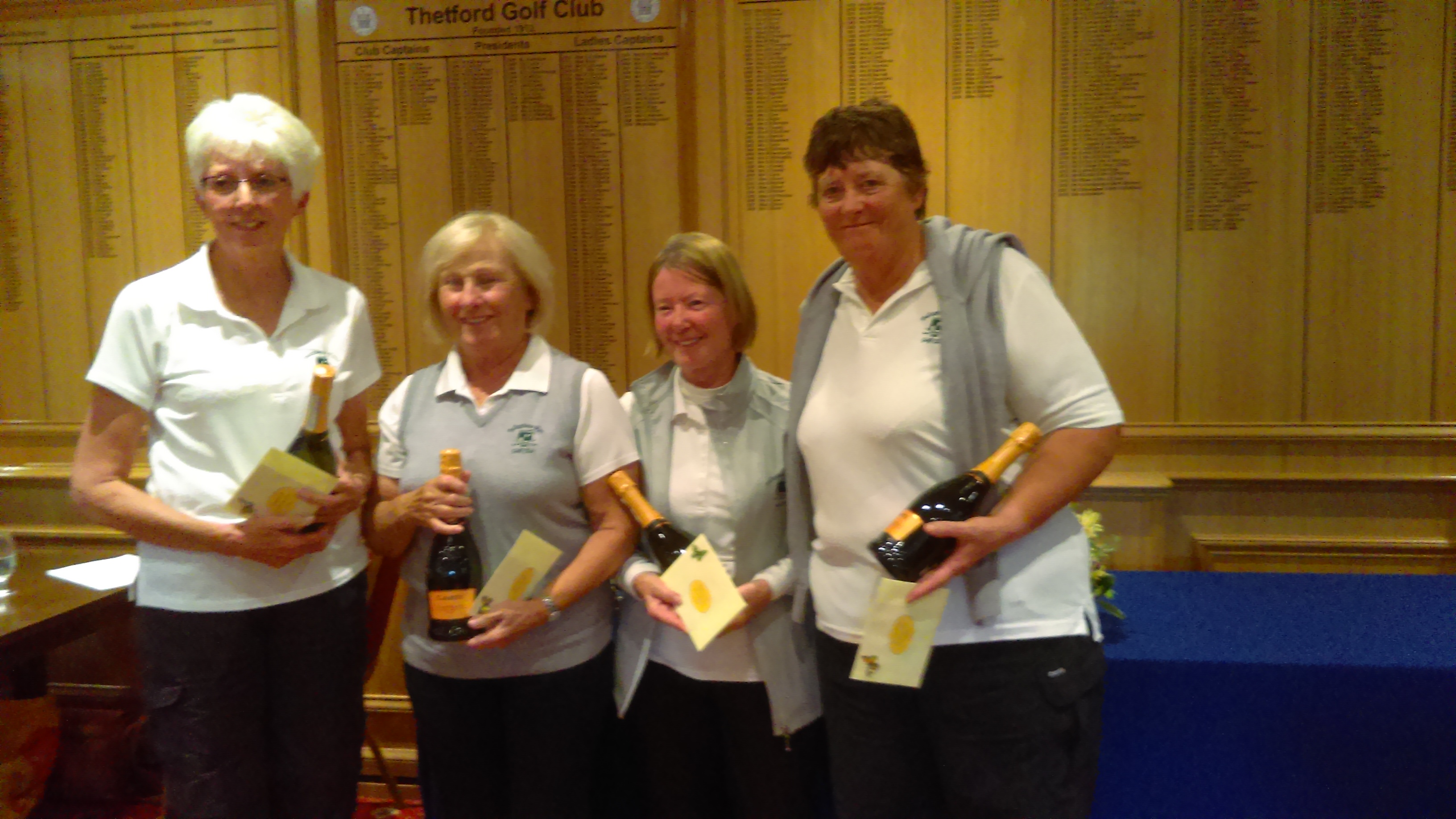 The winning team from Felixstowe Ferry at the Thetford Ladies AmAm

The first of the Thetford Winter ProAms will be held on Thursday with professionals from all over the East Region heading to Thetford to take part.

The golf course is open and the road is open