The annual battle of the sexes resulted in the men retaining the Millennium Trophy for the fifth year in a row - but only just.

The ladies led the way in the early stages of the greensomes Stableford competition involving seven pairs and it was still all square when the last group came off the 18th green. But Colin Seakins and Barry Tredgett came in with 37pts to give the men victory by 204pts to 193.

The overall score is now 14-5 in favour of the men. 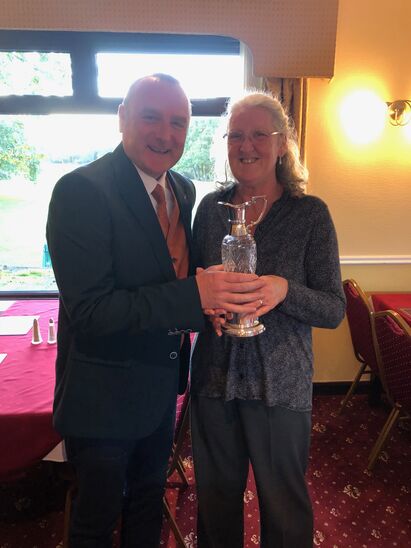 Course is open to members only