There are no news items at the moment

One of the unusual events at Thetford Golf Club is Mr G's Left-Handers Championship, which gives those players who stand on the other side of the ball a chance to take centre stage. This year there was an exciting finish as holder Dean Scott was pipped by 11-year-old Sullivan Goddard.

Both players came in with 35pts but 13-handicap Sullivan had a better back nine than four-handicap Dean.

A total of 16 players took part from nine different clubs around the region, but three Thetford players finished at the top of the standings - 18-handicap Ian Gosling was third with 34.

Steve Quick, a seven-handicapper from Eaton, lived up to his name with an express start with birdies at the 1st and 3rd holes, but after 21pts on the first nine he could only add another 12 on the remaining holes to finish fourth. 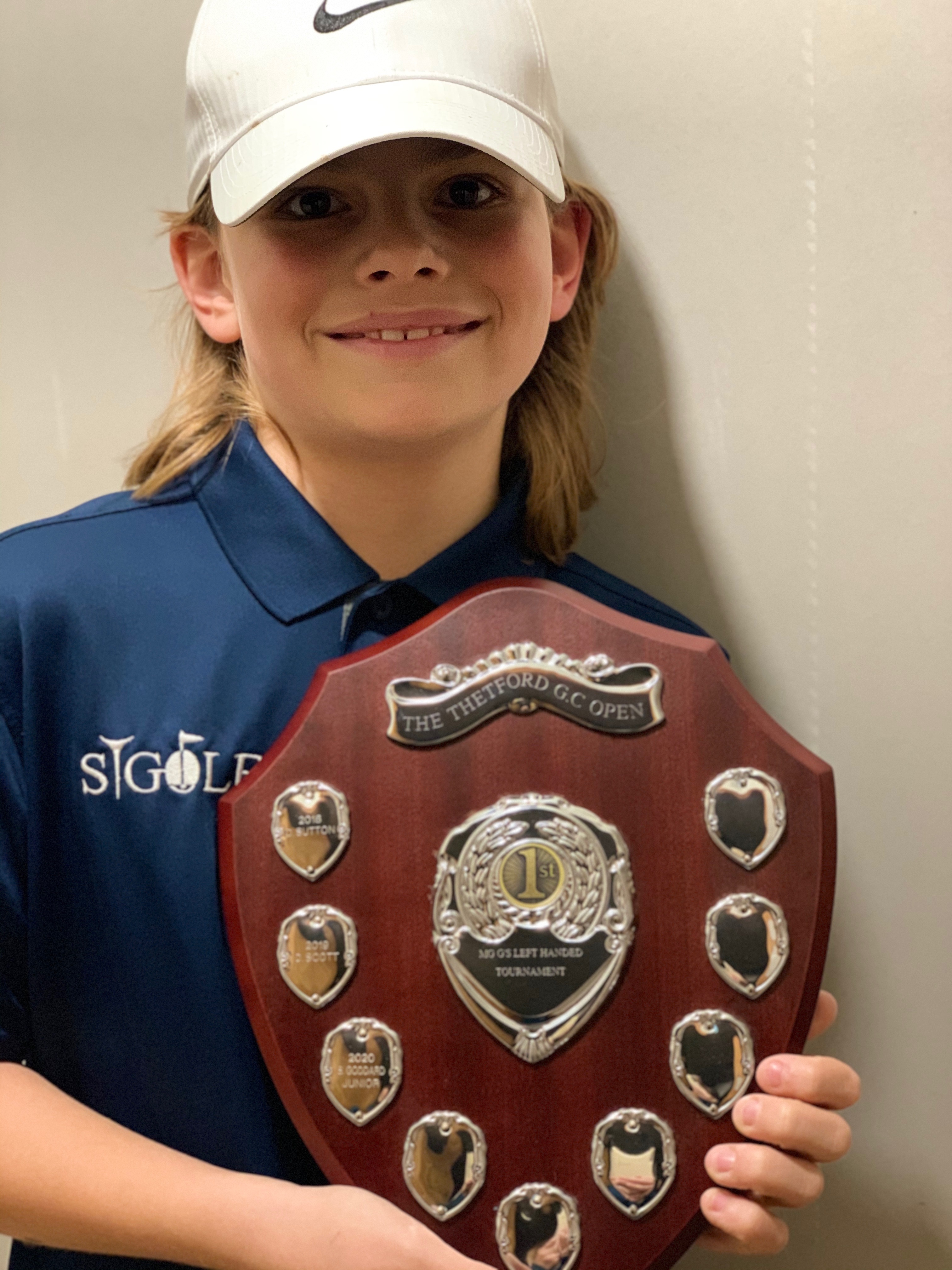 Justine Twogood recorded a hole-in-one at the third hole at Thetford while playing in the Halloween Gruesome Greensomes on Saturday. Justine, who plays off a handicap of 21, is pictured alongside partner Heather Keeble holding the ball she used for her ace. 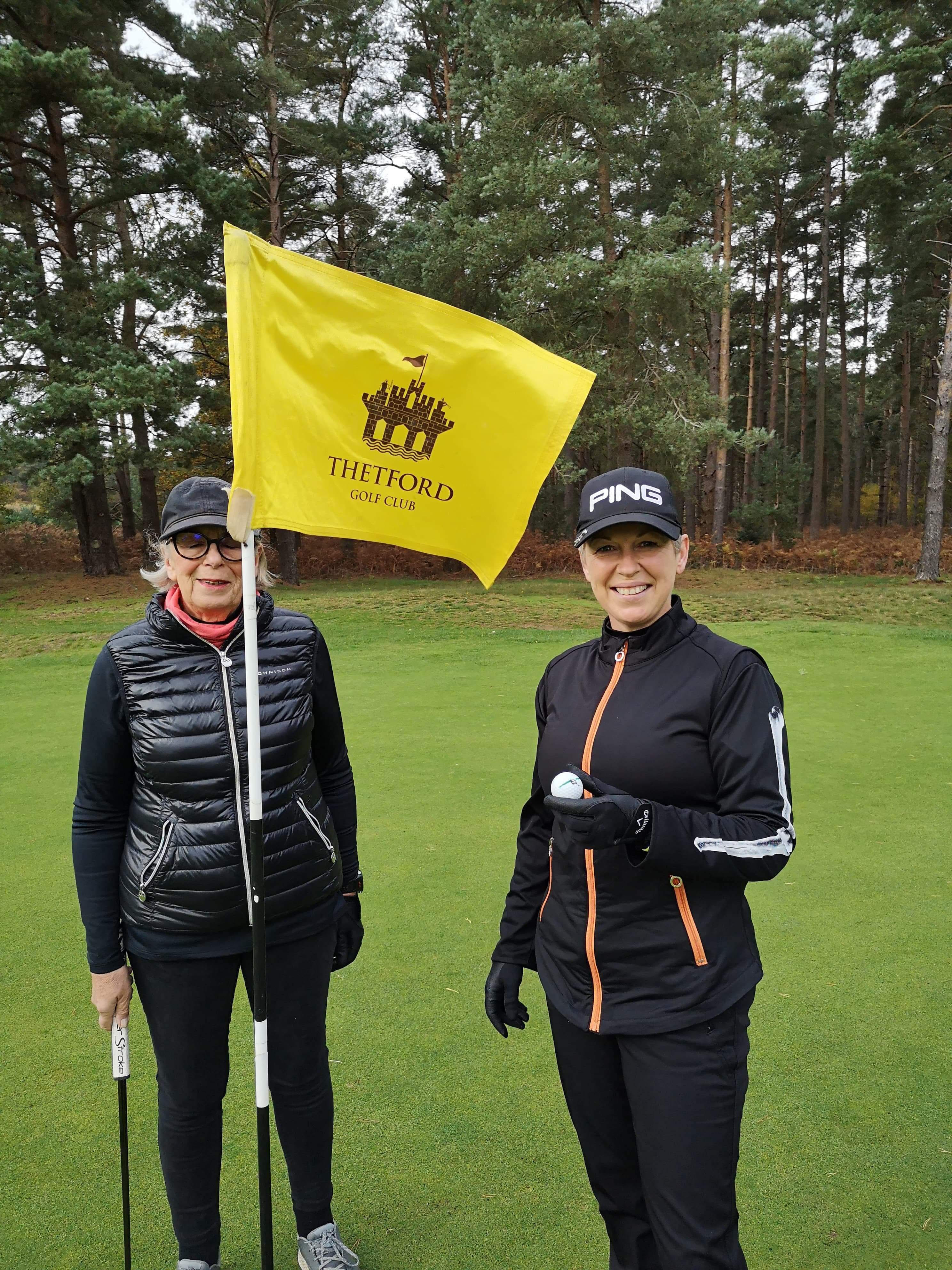 David Clarke is this year's Champion of Champions at Thetford Golf Club. David returned 75-4-71 to win the Bill Jennings Trophy, which is for all those who have won a trophy or a medal event over the past year. Birdies at the 10th, 12th and 14th helped him play the last nine holes in one under par to snatch victory.

Chris Robson, who plays off plus one, was runner-up with 72. He also had three birdies, at the 2nd, 10th and 12th, but rued a bogey five at the 18th as he finished one behind.

Thetford finished top of the Five Counties Scratch League in their first year in the competition. The competition involves five clubs in different counties but because of the Covid shutdown was reduced to playing each other club once, rather than twice. The top two teams were then set to contest the final, with Thetford set to face Peterborough Milton at Gog Magog near Cambridge. Now that final has been postponed.

Due to the Government's Covid 19 restrictions Thetford Golf Club will be closed from Thursday November 5 until Wednesday December 3. This means a number of events have had to be cancelled, including the Festive Open which had attracted a full entry list from all over the region. The Poppy Day Stableford on Saturday November 7 had 102 entrants signed up and another popular annual event, the Turkey Trot, have also been cancelled.

We hope all members and visitors remain safe and look forward to welcoming them back again next month.

The course is open and on temporary greens